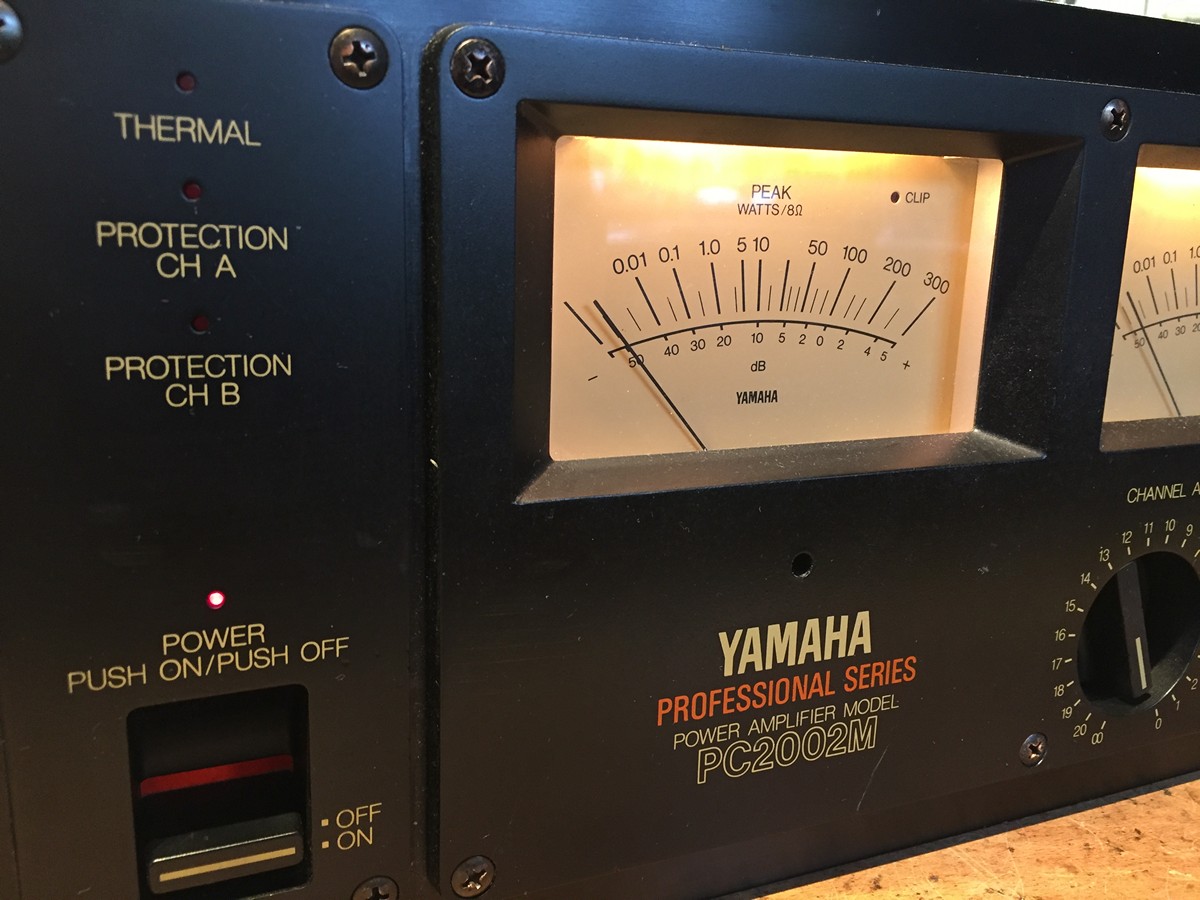 This is from a repair/restoration I did a few years ago on a set of PC2002M amps.
One of them in particular, had been mistreated quite badly by someone in a previous “repair”, with some of the worst examples of poor workmanship I have come across.

The first gallery below contains pictures from “before”, as the amp was when I got it in…
Warning: Contains strong images!

It took a long time to undo all the poor and dangerous “work” done to this amp, and fix all the dodgy soldering and connections.

Then I could finally start work as such, which included:
-Changing the old binding posts to new Speakon terminals.
-Checking the power supply capacitors, which all measured pretty well, so they were left as is for now.
I replaced all electrolytics on the input boards, as these are cheap, and are important for the signal.
-The speaker relays were replaced (using Finder 10A relays).
-The volume pots/attenuators were intermittent/scratchy, and I took them apart for a good cleaning and treatment with fader lube.
-Fault finding high distortion. This turned out to be the driver pair for the outputs. It seems the drivers are working quite hard in these amps, and is a bit of a weak point (relatively). But the new set of SC2238/SA968 (ICS Semi) should last a few decades at least.
-Finally I could adjust and test the amp. The THD level was now back to normal, and all was working well!

The “After” gallery – pictures during and after repair:

Things to look out for or improve:

These amplifiers don’t have a soft start circuit, even though the large transformer has a massive inrush correct. So they can trip the circuit breakers in some installations. This is also hard on the mechanical on/off switch, which can (will) develop high contact resistance.

So it would be a worthwhile improvement to add a soft-start circuit of some type. There isn’t much room to work with though, so it will have to be a compact solution, yet strong enough to handle the full power draw. I thought about using an NTC inrush current limiter, but it wan’t so easy to get the dimensioning right (to balance cold vs. hot resistance with the possible ampere draw of the amp), so I left it for the future.